Next Saturday tournament "Pink Lady" is set for September 10th

On Saturday, September 10th is the annual “Pink Lady” tournament.  This is a 4-Man team event played from the tournament tees.  The format is a 2 ball net team score within the foursome and the pink ball counts as (1) of the scores on each hole.  Each team will be given a pink ball that is rotated every hole so each player in the foursome plays the pink ball every 4th hole.  To qualify for tournament payouts, your team must complete all 18 holes with the pink ball.  Your team can not forecaddie and the search time for a lost pink ball , or any ball, is 3 minutes.  Teams can only have a maximum of (2) single digit handicap players.  This is always a fun tournament, so start getting your foursome together!

Making our Saturday tournaments a success!! 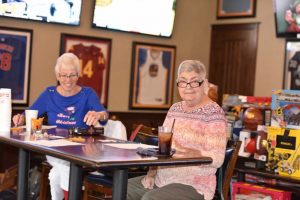 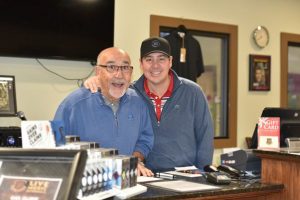 Next Wednesday tournament is on August 31st

The next Wednesday tournament is scheduled for August 31st.  It is an individual net event, played from the white tees.  If you would like to play, please contact our Wednesday Tournament Director, Terry Fiero at 949-922-1399 or stfiero@att.net.

When you have signed up for a Wednesday or Saturday Men’s Club golf tournament, here is a guideline for streamlining the process:

Congratulations to the following Champions………….

2022 Club Champion, Taylor Casper.  TC shot scores of 66, 76 and 67 for a 3 day total of 209 which lead to a 2 shot victory.  This win was his 4th SJHMGC Club Championship victory in the last 8 years.  Taylor will represent the Men’s Club at the SCGA Tournament of Champions in December at Red Hill CC.  He is also a past winner of this event back in 2014!

Net Champion, Mike Haffty.  Mike pulled off a 1 stroke victory and will represent the Men’s Club at the SCGA Net Club Championship.

Gentlemen, play well at the SCGA Championships, we know you will do a great job representing our Men’s Club!!!